The 340320-340328 series of cars are predecessors to the KRL 300360-300363 series cars, which were the first cars we produced.  The two series are very similar but do differ in deck length, width, and height.  The main differences between the two cars can be seen in the photo below.  The new 340320 series center deck is in the foreground.

Our HO scale model measures 15” long and will run on curves down to 20” radius, with or without a load, and remain stable.  Please note that this model and load will not always meet the NMRA clearance standards.  A good rule-of-thumb is if an 89′ autorack car runs fine on the track, then this car and load will probably be OK.

In addition to the accuracy of the model, we also wanted it to run like a champ.  Considerable time has gone into developing and testing the span bolsters and trucks.  We wanted the car to be easy to place on the track, and a car that performs well on less than perfect track so you can enjoy watching your car as it passes by. 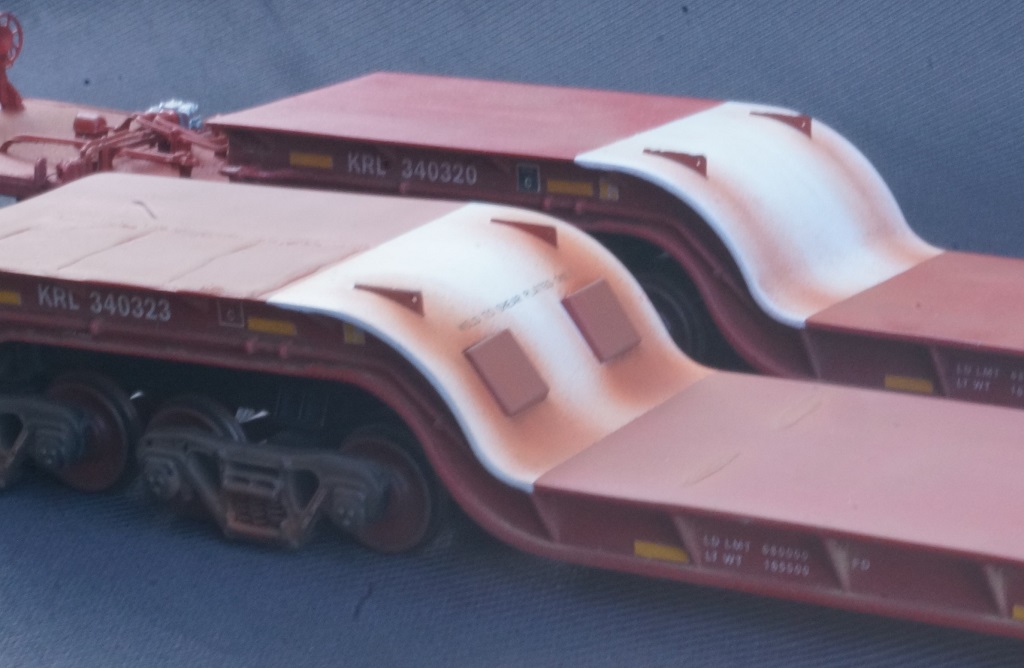 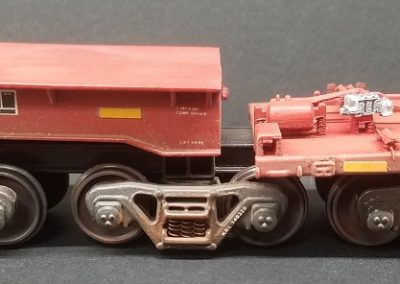 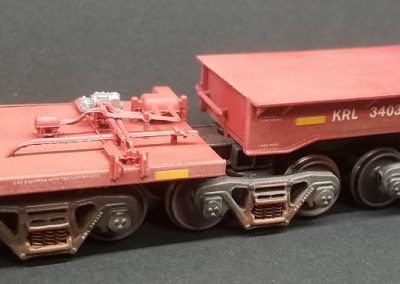 The model is produced as a kit which assembles easily, and includes everything you need to complete the car other than CA glue, paint, and a few hand tools.  A complete list of features and details are listed below.