The majority of loads requiring the use of 12 axle flat cars are products required by the power generation and distribution industry.  They include Transformers, Reactors, Generators, Gas Turbines, and some small to mid-sized Steam Turbines.  Transformers and Reactors range is size and weight significantly, some small enough that only a 4 axle heavy duty flat car will suffice, but can be large and heavy enough to require cars with 20 axles or more.  Generators typically ship on cars with 12 to 20 axles, and Gas Turbines use 12 and 16 axle cars.  The high pressure sections of steam turbines can be seen on cars with 12 to 20 axles.

The remainder of loads used on 12 axle cars are mostly for the petro-chemical industry.  These can include boilers/steam generators, heat exchangers, and reaction towers.

There are at least six major manufacturers of transformers and reactors used in North America.  While each manufacturer has standard features and designs, most of the products are custom designed to fit the requirements of each installation.  Some transformers are of the step-up or step down type, while others perform phase shifting.  These are just some of the factors that contribute to many different looks and styles of similar sized products.

Lesser know are Reactors.  They are used to limit the short circuit currents which can cause damage to the equipment of a power system.  They can also be used to help modulate a power system under a light load, like in the middle of the night when power demand is at its lowest.  They are built in a similar method to transformers and look nearly the same as transformers.

Again, there are just two major manufacturers, GE and Siemens.  The companies have vastly different designs which can be easily identified.

Railfan Models offers a variety of loads that specifically match our Kasgro heavy duty flat cars.  All loads are sold as kits, and most are easy to assemble in just a few minutes.  The bottom already has the weight (if used) and magnets installed.  So you just have to glue the sides to the bottom, the roof to the sides, add a few smaller detail parts, then paint.  Every effort has been made in designing the parts so they fit together precisely and are keyed so they only fit the correct way.  Detail parts which are a separate color are usually separate pieces to make painting easier. 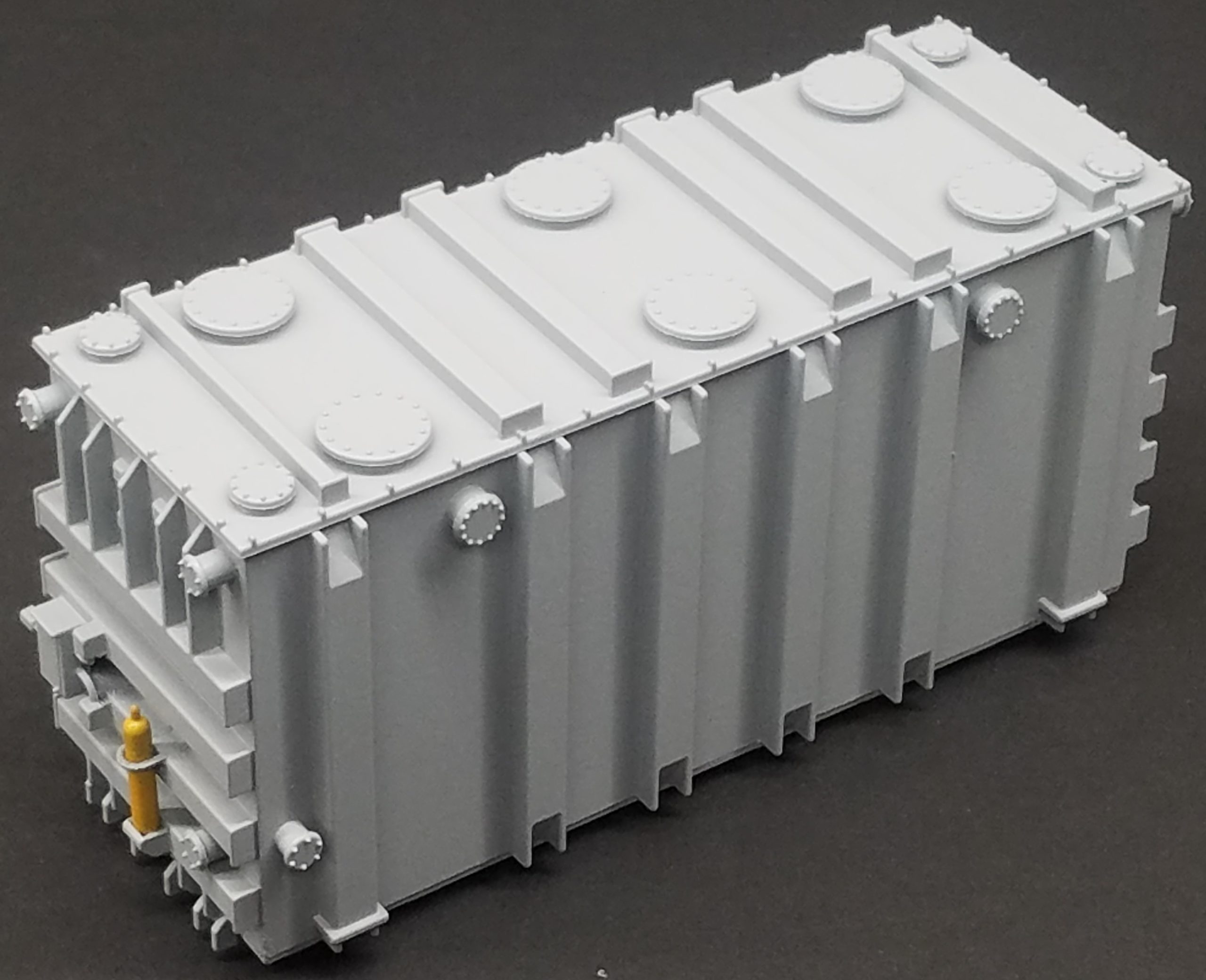 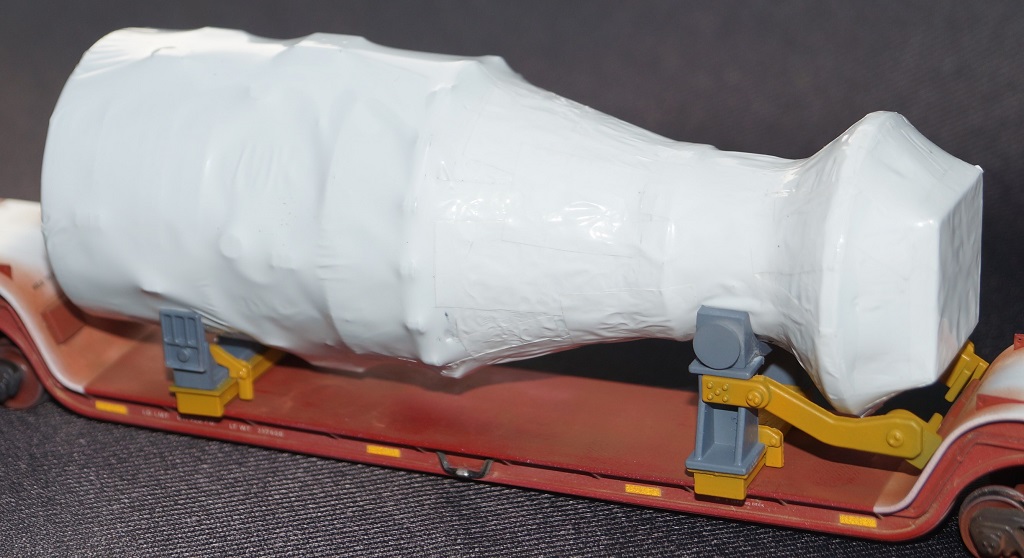 This is a Fully Assembled load. 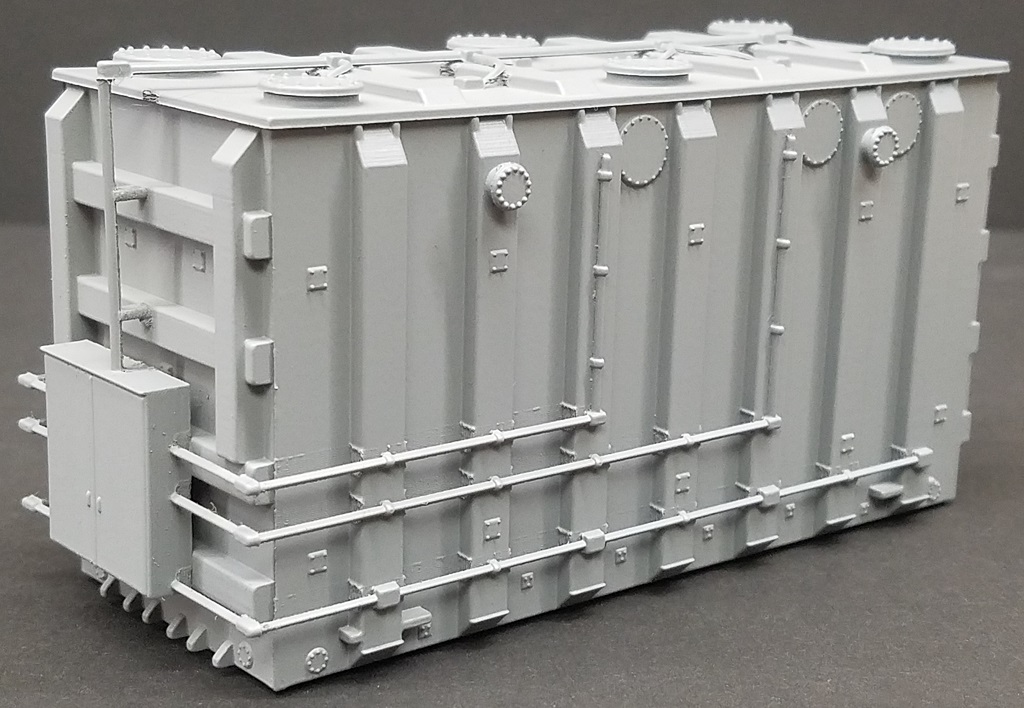 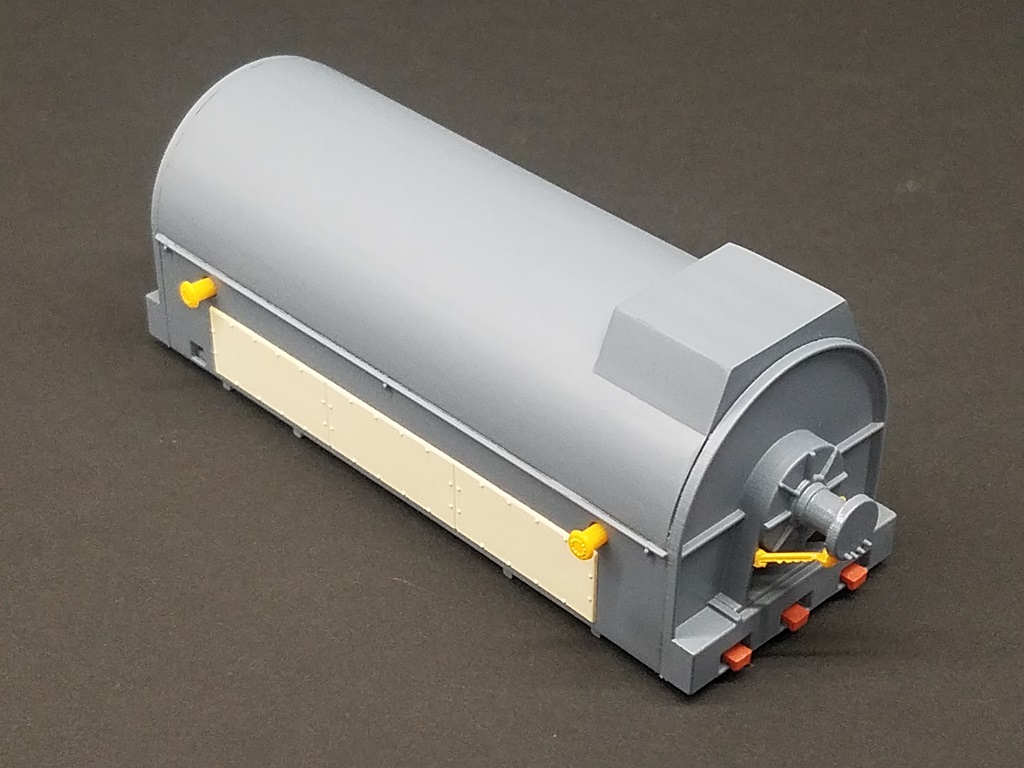 To purchase any of our products, please send an email to info@railfanmodels.com stating the product(s) you want and provide your shipping address.  We will send you a PayPal invoice with the product(s) and shipping total.  US domestic orders will ship USPS First Class or Priority mail if over 16 oz.  For international orders, we will provide you a quote using USPS International Mail, or Fed Ex/UPS if you prefer those carriers, prior to sending the PayPal invoice.  As we tend to have a backlog of orders, we will provide you the estimated ship date at the time of your request.