American Car & Foundry delivered car number 5714 to the Union Pacific in 1957.  Originally built as a postal storage car, it has served in different capacities before being assigned to the the Steam Program.  While most of the UP Heritage Fleet passenger cars are based in Council Bluffs, IA, the Lynn Nystrom is one of four cars based in Cheyenne, WY.  The car is usually placed behind the Howard Fogg when touring the UP system behind locomotive 844 or 4014, and normally carries various supplies for the longer trips the steam locomotives have been taking in recent years.

The car was previously named Pony Express in 1993, and was renamed Golden State Limited in 2004.  The current name was received in 2010 after the passing of long time UP Steam Program employee Lynn Nystrom.

Never before produced in plastic, this car has been hard for modelers to accurately represent.  Our HO scale model has many user friendly features and accurately depicts the prototype car.  Many of these include:

Kits include everything you need to complete the car except glue, paint, and a Microscale 87-1056 decal set.

To purchase any of our products, please send an email to info@railfanmodels.com stating the product(s) you want and provide your shipping address.  We will send you a PayPal invoice with the product(s) and shipping total.  US domestic orders will ship USPS First Class or Priority mail if over 16 oz.  For international orders, we will provide you a quote using USPS International Mail, or Fed Ex/UPS if you prefer those carriers, prior to sending the PayPal invoice.  As we tend to have a backlog of orders, we will provide you the estimated ship date at the time of your request.

So what is the deal with having to buy a seperate decal set from Microscale?  Why not include them like you do in your Kasgro heavy duty flat car models?  We have written permission from Kasgro to use their intellectual property, but we do not have that from Union Pacific.  UP has not been issuing new licenses for at least two years and won’t say when the will do so in the future.  Until we have a license, we can’t sell anything that violates their intellectual property rights.  Many model railroaders want to make their own Heritage Fleet, but the marketplace has for the most part been void of products for most people.  While not the ideal situation, this is the best way to provide a great product to the market place and respect UP’s property. 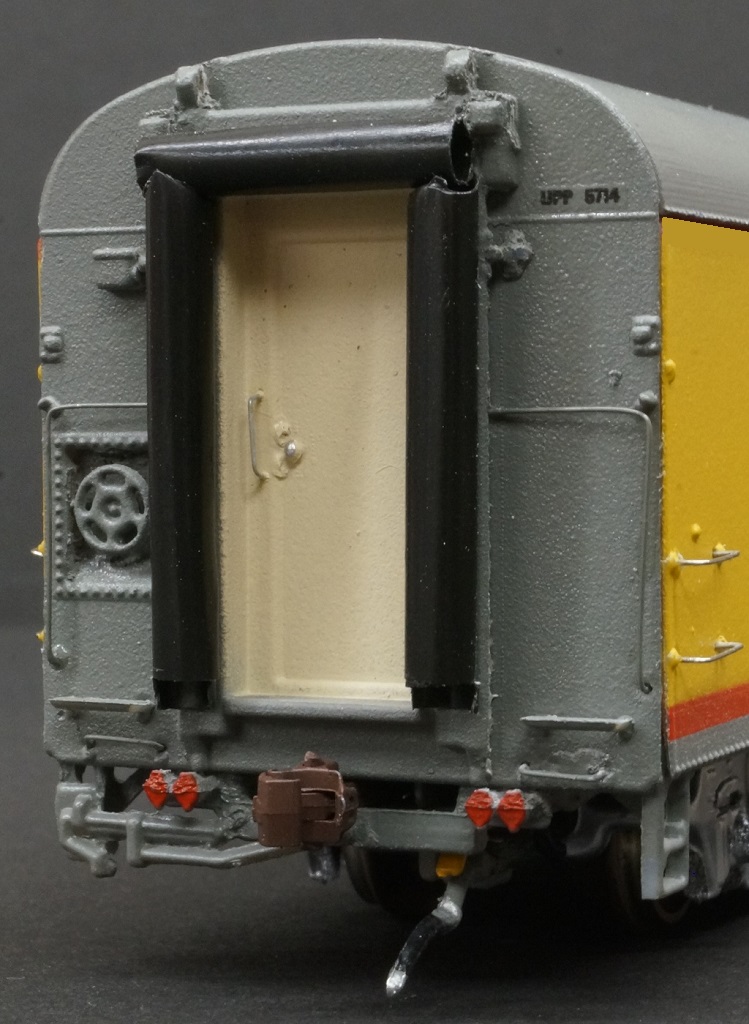